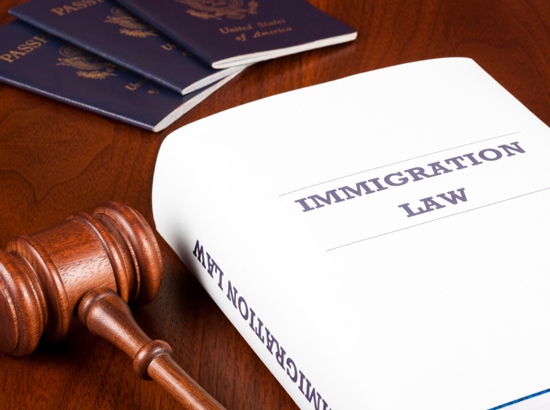 For years, Jorge toiled in the kitchen of a Mexican restaurant.

In the midst of hot ovens and the frantic pace of food preparation, where the long hours tortured his feet and racked his lower back, Jorge, a native of Mexico, dreamed of one day getting his legal resident papers, which would permit him to join the U.S. Army.

In 2002, he went to see a Tucson notary public, who told him that since his mother was a legal resident, he could gain residency through the Child Status Protection Act. After asking his relatives and friends for a loan, Jorge managed to scrounge up $6,000 for the notary, who assured him that within a few short months he would have an appointment with the federal government to obtain his legal permit.

At last, the date of the appointment came, but alas, the outcome was far from what Jorge expected.

“He (the immigration agent) told me that I did not qualify. That whoever helped me prepare the documents should have known that,” said Jorge, who asked that his last name not be revealed for fear of immigration authorities.

When Jorge returned to the notary, the notary told him that he did not know what happened and that the solution was that Jorge give him more money to reopen his case. Instead, Jorge chose to find a lawyer and feels traumatized by the whole affair, preferring to not disclose the notary’s identity.

Now, Jorge transferred his case to Claudia Arevalo, who is currently appealing the case with the hopes that he can remain in the country. In the meantime, he has had to rummage to pay the debt to those who lent him money while he is living in a legal limbo, afraid that any day a police officer will stop him and turn him over to the Border Patrol.

Immigration experts, authorities, activists and legislators warn that with a possible immigration reform or even talk of the matter comes con artists, ready to make an easy prey immigrants like Jorge, who in their desperate attempts to gain legal documents fall for promises that are too good to be true.

A key problem, experts said, is that unlike in Latin America, where notaries are mostly lawyers, in the U.S. they are not and thus are not permitted to handle immigration cases like trained attorneys. On the other hand, experts said, there are lawyers who despite being legitimate are not immigration attorneys and do not have the know-how to deliver.

Rick DeBruhl, spokesman for the State Bar of Arizona, a nonprofit agency that works under the state Supreme Court, said that in addition to bilking illegal immigrants of their money, some notaries or alleged “immigration counselors” often worsen their legal status.

“They put their legal situation in even worse danger than it already is,” DeBruhl said. The State Bar created a bilingual website dedicated solely to help fight fraud, DeBruhl said.

In Arizona, at least six cases of immigration-counselor abuse were brought forward during 2013, said Maria Elena Upson, spokeswoman for U.S. Citizenship and Immigration Services. Still, she added that the cases are hard to look into because many victims of immigration fraud do not file complaints.

Fernando Quiroz, an activist from Yuma and head of American Beginnings, a nonprofit, pro-immigrant-rights center, said that if immigration legislation becomes law, so-called immigration centers will come out of the woodwork, supposedly to help illegal immigrants.

“Every time the idea of an amnesty or immigration reform comes up, we see them coming out from everywhere,” he said. “We have the problem of people who have been hurt, who have fraud committed to them, but who are afraid of calling the police because of their legal status.”

Bill Foster, a congressman from Illinois, wrote a bill that would severely penalize those who defraud illegal immigrants. If it’s approved and becomes law, the legislation would fix cases like Jorge’s, giving immigrants a chance to again seek legal residency in case their files were botched by a notary or an immigration counselor, Foster said.

The Federal Trade Commission, which has been logging complaints since 2006, has almost 3,000 complaints against notaries and immigration counselors, Assistant Director Monica Vaca said.

In California, State Bill 1159 is geared toward going after con artists who prey on immigrants. If approved and turned into law, it would prohibit anyone from accepting money for help with an immigration law that has not gone into effect.

In Arizona, the state Legislature approved the Immigration and Nationality Law Practice Act, which penalizes notaries who pose as lawyers. In 1999 and during the last decade, state Sens. Joe Eddie Lopez, Peter Rios, Linda G. Aguirre, George Cunningham and Victor Soltero tried to get an amendment passed that would have permitted authorities to go after people who commit fraud against illegal immigrants. Even though former state Attorney General Janet Napolitano supported it, the amendment did not pass.

In Arizona, the State Bar and U.S. Citizenship and Immigration Services have decided to join forces to fight against fraud, creating the Executive Council on Immigration, with lawyers and activists taking part. Nevertheless, the council lacks members from Tucson.

Unfortunately, some fraudulent notaries know very well how to intimidate defrauded clients from speaking up, Arevalo, the immigration lawyer, said. She added that a common complaint is how after victims realize they have been duped and go to confront the notary, the notaries will respond by threatening to call authorities or hint at physical retaliation against their families, since they have their addresses and personal information on file.

“They threaten them, telling them, ‘We will call immigration on you,’ ” Arevalo said.

Still, not all notaries or immigration counselors are wolves in sheep’s clothing, said Magaly Fontes, an immigration lawyer from Phoenix. She added that some are certified document preparers who are honest and even help lawyers do good work.

Recently, an immigration judge denied Jorge’s petition. Arevalo said she will appeal, but she acknowledged that her client’s case does not look good.

Nonetheless, Jorge said he has not lost hope and that he will keep pressing his case because in spite of the setbacks, he is grateful for the opportunity this country has given him. He added that he has also not given up on his dream of one day becoming a soldier — a U.S. Army soldier.

He said: “I want to give back something to this country.”

This may be a good place to introduce yourself and your site or include some credits.